Home » what is Archaeology vs Biological vs Linguistic vs Cultural Anthropology 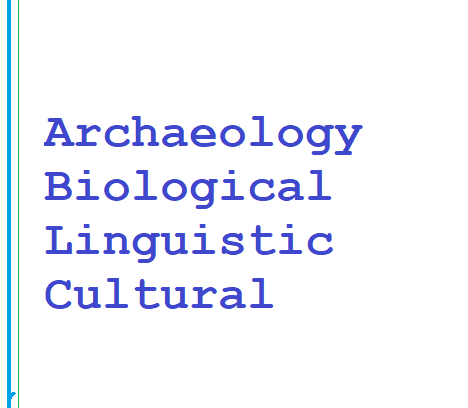 Archaeology is the field with which you are likely most familiar. Excavation sites, Indiana Jones (minus the artefact theft), that type of thing. It is the study of humans through material culture or that which is physically left behind after death. This can be anything from a tomb to a stone tool to the ruins of an ancient village.

Biological anthropology is the study of humans through the lense of biology. Biological variation, evolution, skeletal analysis. Recently, biological anthropologists have started working with primatologists to help get a better idea of the behavior and social organization of the earliest humans. One of the difficulties here is with race, biology, and forensic anthropology, which can be considered the epitome of biological anthropology. The difficulty is that a forensic anthropologist’s goal is to identify skeletal remains in order for police to solve the murder. It isn’t helpful if all you know is that the victim was 5′10, male, and had broken his arm during his life. It does help to know whether he was black or white, but identifying this at the skeletal level implies biological difference (therefore hierarchy) between races, and gives biological validation to the concept of race.

Linguistic anthropology is the study of humans through language. For example, the Navajo are related to the Inuit because the languages of both peoples belong to the Athabaskan language family. This also gives validation to the Bering Land Bridge theory. Linguistic anthropology also looks at things such as performatives. One performative is getting married. There is a definitely a change once the priest (or otherwise significant figure) says “I now pronounce you man and wife (spouse and spouse, if you prefer)” in that now the two people are married, but all that actually occurred was that the person spoke a few words. One important distinction in linguistic anthropology is that a society is a group of organisms that work together, such as termites, and culture is a set of behaviour shared by a society.