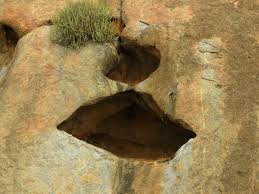 The study of landforms and the evolution of the Earth’s surface can be dated back to scholars of Classical Greece. Herodotus argued from observations of soils that the Nile delta was actively growing into the Mediterranean Sea, and estimated its age. Aristotle speculated that due to sediment transport into the sea, eventually, those seas would fill while the land lowered. He claimed that this would mean that land and water would eventually swap places, whereupon the process would begin again in an endless cycle.

Another early theory of geomorphology was devised by the polymath Chinese scientist and statesman Shen Kuo (1031–1095). This was based on his observation of marine fossil shells in a geological stratum of a mountain hundreds of miles from the Pacific Ocean. Noticing bivalve shells running in a horizontal span along the cut section of a cliffside, he theorized that the cliff was once the pre-historic location of a seashore that had shifted hundreds of miles over the centuries. He inferred that the land was reshaped and formed by soil erosion of the mountains and by deposition of silt, after observing strange natural erosions of the Taihang Mountains and the Yandang Mountain near Wenzhou. Furthermore, he promoted the theory of gradual climate change over centuries of time once ancient petrified bamboos were found to be preserved underground in the dry, northern climate zone of Yanzhou, which is now modern-day Yan’an, Shaanxi province.