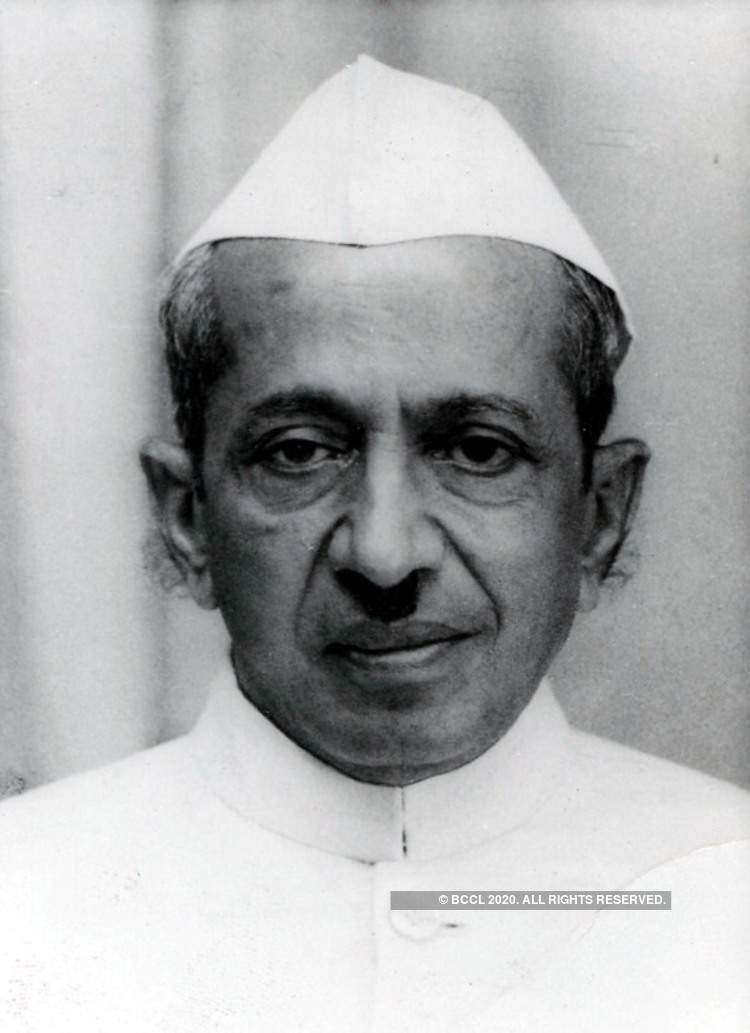 Basappa Danappa Jatti  (10 September 1912 – 7 June 2002) was the fifth Vice President of India, serving from 1974 to 1979. He was Acting President of India from 11 February to 25 July 1977. The soft-spoken Jatti rose from a humble beginning as a Municipality member to India’s second-highest office during a five-decade-long chequered political career.

Shri Basappa Danappa Jatti, the former Vice-President of India passed away on 7 June 2002 at Bangalore, Karnataka at the age of 90. He also served as the Acting President for five months from February to July 1977. Shri Jatti, during his illustrious administrative and political career, served the nation in various capacities. An advocate by profession, Shri Jatti was a legal practitioner in the erstwhile Princely State of Jamkhandi, now in Karnataka. An outstanding statesman, Shri Jatti was the Lieutenant Governor of Pondicherry from 1968 to 1972 and took over as the Governor of Orissa in November 1972. He held the office of the Vice-President and Chairman of Rajya Sabha from 1974 to 1979 with great distinction. Earlier, Shri Jatti was the Chairman of Municipal Council, Jamkhandi and Member of Legislature in the Princely State of Jamkhandi. He served as Minister under Maharaja of Jamkhandi and also became the Chief Minister. He piloted the proposal for merging the State with the Indian Union and was the first to do so in South India. He was nominated to the then composite State of Bombay as a Member of the Legislative Assembly. He became Parliamentary Secretary to then Chief Minister. He served as Deputy Minister of Health and Labour in the Morarji Desai Ministry of Bombay and later held charge as Minister of Health and Labour for some time. He was also appointed as Chairman of the Land Reforms Committee of the State and had submitted a report on the subject, which was later known as “Jatti Committee Report”. This report dealt with all problems and possible solutions regarding land reforms in the State. He was the Chief Minister of the erstwhile Mysore State from 1958 to 1962, Finance Minister in 1962 and Food Minister in 1966. He was re-elected to the Mysore Assembly in 1967.


A man of letters, Shri Jatti has to his credit a number of articles on philosophy, literature and allied subjects. His gentle demeanour and humility endeared him to all.

Basappa Danappa Jatti was born in Bagalkot district of Karnataka on 10 September 1913. His father was a humble grocer. He braved family difficulties and completed his education. After completing his graduation in Law from Rajaram Law College in Kolhapur, then affiliated with the University of Bombay, B.D.Jatti did his legal practice as an advocate for a very short span of time in his home town Jamkhandi.

In 1940, he entered politics as a Municipality member at Jamkhandi and subsequently became the President of the Jamkhandi Town Municipality in 1945. Later, he was elected as a member of the Jamkhandi State Legislature and was appointed a minister in the government of the princely state of Jamkhandi. Finally, he became the ‘dewan’ (Chief Minister) of Jamkhandi state in 1948. As dewan, he maintained cordial relations with the Maharaja, Shankar Rao Patwardhan, and brought about the accession of the small principality to the Indian Union. On 8 March 1948 after Jamkhandi was merged with Bombay state, he returned to legal practice and continued with it for 20 months. Later, Jatti was nominated as a member of the Bombay State Legislative Assembly to represent the merged area and within a week of his nomination, he was appointed Parliamentary Secretary to the then Bombay Chief Minister, B. G. Kher. He worked in that capacity for a couple of years. After the 1952 general elections, he was appointed Minister of Health and Labour of the then Bombay Government and held that post till the reorganisation of states. His autobiography, ‘I’m my own model’, is very popular.

Jatti became a member of the Mysore Legislative Assembly after the reorganisation and was Chairman of the Land Reforms Committee, which paved the way for the 1961 Mysore Land Reforms Act (which abolished the tenancy system and absentee landlordism). He was the Chief Minister and Kadidal Manjappa was the Revenue Minister when the Bill was adopted. In 1958, when S.Nijalingappa stepped down as Chief Minister of the state, Jatti was elected leader of the party in the face of a stiff challenge from Congress veteran T. Subramanya. He became the Chief Minister of Mysore in 1958 and continued in that office until 1962. Re-elected from Jamkhandi constituency in the third general elections, Jatti was appointed Finance Minister on 2 July 1962 in the S. Nijalingappa Ministry. He was re-elected to the fourth Assembly from the same constituency and appointed as Minister of Food and Civil Supplies.

Jatti subsequently moved onto the national scene and was appointed as the Lieutenant Governor of Pondicherry in 1968. He became the Governor of Odisha in 1972 and, in 1974, assumed office as the fifth Vice-President of India.[7] He became acting president for a brief period after the sudden death of Fakhruddin Ali Ahmed in 1977. However, his acting presidency was not without controversy. In April 1977, when Union Home Minister Charan Singh took the debatable decision to dissolve the assemblies of nine states, Jatti declined to sign the order and broke the tradition of the President accepting the advice of the Cabinet. Though he later signed the order, Jatti took the stand that the centre’s action should not only be politically and constitutionally correct but also appear to be proper. After leaving office as vice-president in 1979, Jatti continued to be in the limelight as a keen observer of the political situation in the country.

A deeply religious man, Jatti was the founder president of the “Basava Samithi”, a religious organisation which propagated the preachings of a 12th-century saint, philosopher and reformer of Lingayat religion Basaveshwara. The Basava samithi established in 1964 has published many books on Lingayatism and Sharanas and has got the ‘vachanas’ of sharanas translated into various languages. He was also involved in various organisations concerned with social activities.

He died on 7 June 2002. He was hailed as a man who set an example of selfless service and stood for value-based politics. He was once called an ordinary man with an extraordinary thought, and he named his autobiography, I’m My Own Model. His centenary celebrations were held in 2012.