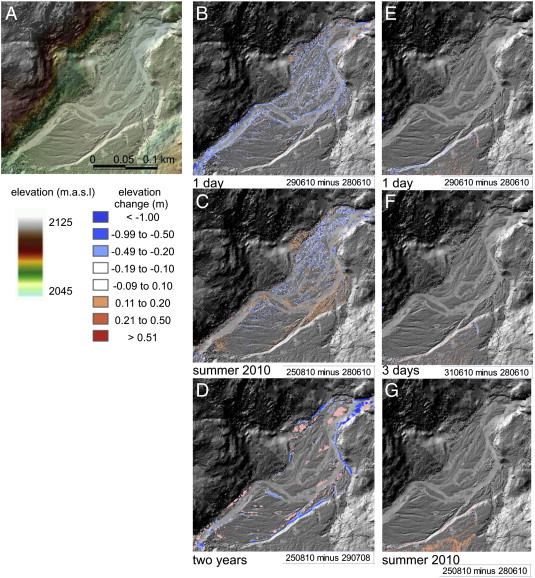 During the age of New Imperialism in the late 19th century, European explorers and scientists travelled across the globe bringing descriptions of landscapes and landforms. As geographical knowledge increased over time these observations were systematized in a search for regional patterns. Climate emerged thus as a prime factor for explaining landform distribution on a grand scale. The rise of climatic geomorphology was foreshadowed by the work of Wladimir Köppen, Vasily Dokuchaev and Andreas Schimper. William Morris Davis, the leading geomorphologist of his time, recognized the role of climate by complementing his “normal” temperate climate cycle of erosion with arid and glacial ones. Nevertheless, interest in climatic geomorphology was also a reaction against Davisian geomorphology that was by the mid-20th century considered both un-innovative and dubious. Early climatic geomorphology developed primarily in continental Europe while in the English-speaking world the tendency was not explicit until L.C. Peltier’s 1950 publication on a periglacial cycle of erosion.

Today, the field of geomorphology encompasses a very wide range of different approaches and interests. Modern researchers aim to draw out quantitative “laws” that govern Earth surface processes, but equally, recognize the uniqueness of each landscape and environment in which these processes operate. Particularly important realizations in contemporary geomorphology include:

According to Karna Lidmar-Bergström, regional geography is since the 1990s no longer accepted by mainstream scholarship as a basis for geomorphological studies. Albeit having its importance diminished, climatic geomorphology continues to exist as a field of study producing relevant research. More recently concerns over global warming have led to a renewed interest in the field.

Despite considerable criticism, the cycle of erosion model has remained part of the science of geomorphology. The model or theory has never been proved wrong, but neither has it been proven. The inherent difficulties of the model have instead made geomorphological research to advance along other lines. In contrast to its disputed status in geomorphology, the cycle of erosion model is a common approach used to establish denudation chronologies and is thus an important concept in the science of historical geology. While acknowledging its shortcomings, modern geomorphologists Andrew Goudie and Karna Lidmar-Bergström have praised it for its elegance and pedagogical value respectively.