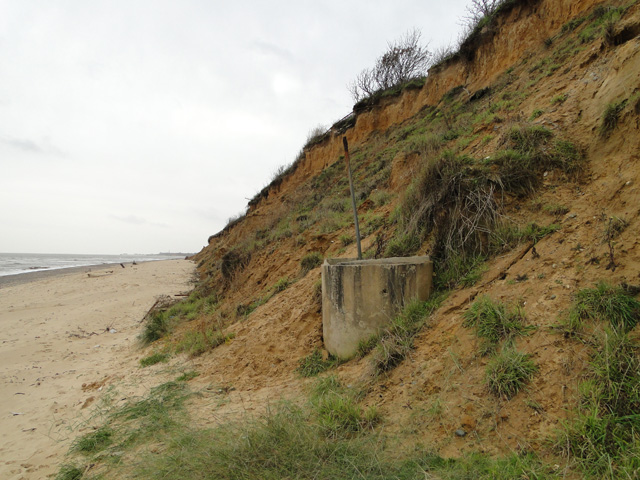 The term geomorphology seems to have been first used by Laumann in an 1858 work written in German. Keith Tinkler has suggested that the word came into general use in English, German and French after John Wesley Powell and W. J. McGee used it during the International Geological Conference of 1891. John Edward Marr in his The Scientific Study of Scenery considered his book as, ‘an Introductory Treatise on Geomorphology, a subject which has sprung from the union of Geology and Geography’.

An early popular geomorphic model was the geographical cycle or cycle of erosion model of broad-scale landscape evolution developed by William Morris Davis between 1884 and 1899. It was an elaboration of the uniformitarianism theory that had first been proposed by James Hutton (1726–1797). With regard to valley forms, for example, uniformitarianism posited a sequence in which a river runs through flat terrain, gradually carving an increasingly deep valley, until the side valleys eventually erode, flattening the terrain again, though at a lower elevation. It was thought that tectonic uplift could then start the cycle over. In the decades following Davis’s development of this idea, many of those studying geomorphology sought to fit their findings into this framework, known today as “Davisian”. Davis’s ideas are of historical importance but have been largely superseded today, mainly due to their lack of predictive power and qualitative nature.

In the 1920s, Walther Penck developed an alternative model to Davis’s. Penck thought that landform evolution was better described as an alternation between ongoing processes of uplift and denudation, as opposed to Davis’s model of a single uplift followed by decay. He also emphasised that in many landscapes slope evolution occurs by back wearing of rocks, not by Davisian-style surface lowering, and his science tended to emphasise surface process over understanding in detail the surface history of a given locality. Penck was German, and during his lifetime his ideas were at times rejected vigorously by the English-speaking geomorphology community. His early death, Davis’ dislike for his work, and his at-times-confusing writing style likely all contributed to this rejection.

Both Davis and Penck were trying to place the study of the evolution of the Earth’s surface on a more generalized, globally relevant footing than it had been previously. In the early 19th century, authors – especially in Europe – had tended to attribute the form of landscapes to local climate, and in particular to the specific effects of glaciation and periglacial processes. In contrast, both Davis and Penck were seeking to emphasize the importance of evolution of landscapes through time and the generality of the Earth’s surface processes across different landscapes under different conditions.

During the early 1900s, the study of regional-scale geomorphology was termed “physiography”. Physiography later was considered to be a contraction of “physical” and “geography”, and therefore synonymous with physical geography, and the concept became embroiled in controversy surrounding the appropriate concerns of that discipline. Some geomorphologists held to a geological basis for physiography and emphasized a concept of physiographic regions while a conflicting trend among geographers was to equate physiography with “pure morphology”, separated from its geological heritage. In the period following World War II, the emergence of process, climatic, and quantitative studies led to a preference by many earth scientists for the term “geomorphology” in order to suggest an analytical approach to landscapes rather than a descriptive one.