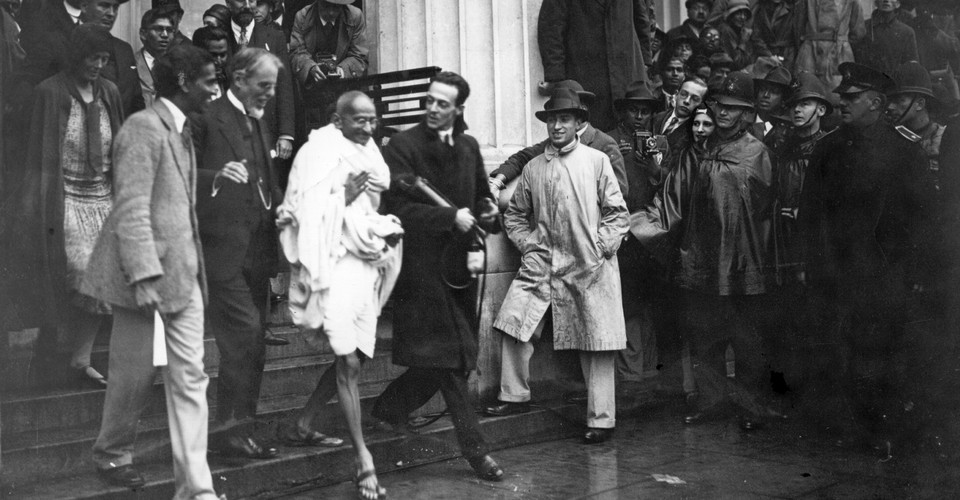 Gandhi focused his attention on Indians while in South Africa. He initially was not interested in politics. This changed, however, after he was discriminated against and bullied, such as by being thrown out of a train coach because of his skin colour by a white train official. After several such incidents with Whites in South Africa, Gandhi’s thinking and focus changed, and he felt he must resist this and fight for rights. He entered politics by forming the Natal Indian Congress. According to Ashwin Desai and Goolam Vahed, Gandhi’s views on racism are contentious, and in some cases, distressing to those who admire him. Gandhi suffered persecution from the beginning in South Africa. Like with other coloured people, white officials denied him his rights, and the press and those in the streets bullied and called him a “parasite”, “semi-barbarous”, “canker”, “squalid coolie”, “yellow man”, and other epithets. People would spit on him as an expression of racial hate.

While in South Africa, Gandhi focused on racial persecution of Indians but ignored those of Africans. In some cases, state Desai and Vahed, his behaviour was one of being a willing part of racial stereotyping and African exploitation. During a speech in September 1896, Gandhi complained that the whites in the British colony of South Africa were degrading Indian Hindus and Muslims to “a level of Kaffir”. Scholars cite it as an example of evidence that Gandhi at that time thought of Indians and black South Africans differently. As another example given by Herman, Gandhi, at age 24, prepared a legal brief for the Natal Assembly in 1895, seeking voting rights for Indians. Gandhi cited race history and European Orientalists’ opinions that “Anglo-Saxons and Indians are sprung from the same Aryan stock or rather the Indo-European peoples”, and argued that Indians should not be grouped with the Africans.

Years later, Gandhi and his colleagues served and helped Africans as nurses and by opposing racism, according to the Nobel Peace Prize winner Nelson Mandela. The general image of Gandhi, state Desai and Vahed, has been reinvented since his assassination as if he was always a saint when in reality his life was more complex, contained inconvenient truths and was one that evolved over time.[82] In contrast, other Africa scholars state the evidence points to a rich history of co-operation and efforts by Gandhi and Indian people with nonwhite South Africans against the persecution of Africans and the Apartheid. In 1906, when the British declared war against the Zulu Kingdom in Natal, Gandhi at age 36, sympathised with the Zulus and encouraged the Indian volunteers to help as an ambulance unit. He argued that Indians should participate in the war efforts to change attitudes and perceptions of the British people against the coloured people. Gandhi, a group of 20 Indians and black people of South Africa volunteered as a stretcher-bearer corps to treat wounded British soldiers and the opposite side of the war: Zulu victims. Gandhi photographed in South Africa (1909)

White soldiers stopped Gandhi and team from treating the injured Zulu, and some African stretcher-bearers with Gandhi were shot dead by the British. The medical team commanded by Gandhi operated for less than two months. Gandhi volunteering to help as a “staunch loyalist” during the Zulu and other wars made no difference in the British attitude, states Herman, and the African experience was a part of his great disillusionment with the West, transforming him into an “uncompromising non-cooperator”. In 1910, Gandhi established, with the help of his friend Hermann Kallenbach, an idealistic community they named Tolstoy Farm near Johannesburg. There he nurtured his policy of peaceful resistance. In the years after black South Africans gained the right to vote in South Africa (1994), Gandhi was proclaimed a national hero with numerous monuments.

During his stay in South Africa, Gandhi routinely expressed “disdain for Africans,” says S. Anand, founder of Navayana, the publisher of the book titled “The South African Gandhi: Stretcher-Bearer of Empire.”

According to the book, Gandhi described black Africans  as “savage,” “raw” and living a life of “indolence and nakedness,” and he campaigned relentlessly to prove to the British rulers that the Indian community in South Africa was superior to native black Africans. The book combs through Gandhi’s own writings during the period and government archives and paints a portrait that is at variance with how the world regards him today. Much of the halo that surrounds Gandhi today is a result of clever repackaging, write the authors, Ashwin Desai and Goolam Vahed, professors at the University of Johannesburg and the University of KwaZulu Natal.

“As we examined Gandhi’s actions and contemporary writings during his South African stay, and compared these with what he wrote in his autobiography and ‘Satyagraha in South Africa,’ it was apparent that he indulged in some ‘tidying up.’ He was effectively rewriting his own history.” Prize-winning Indian author Arundhati Roy says the book, which will hit stores next month, is “a serious challenge to the way we have been taught to think about Gandhi.” Here is a sample of what Gandhi said about black South Africans: * One of the first battles Gandhi fought after coming to South Africa was over the separate entrances for whites and blacks at the Durban post office. Gandhi objected that Indians were “classed with the natives of South Africa,” who he called the kaffirs, and demanded a separate entrance for Indians.

“We felt the indignity too much and … petitioned the authorities to do away with the invidious distinction, and they have now provided three separate entrances for natives, Asiatics and Europeans.”

* In a petition letter in 1895, Gandhi also expressed concern that a lower legal standing for Indians would result in degenerating “so much so that from their civilised habits, they would be degraded to the habits of the aboriginal Natives, and a generation hence, between the progeny of the Indians and the Natives, there will be very little difference in habits, and customs and thought.”

* At a speech in Mumbai in 1896, Gandhi said that the Europeans in Natal wished “to degrade us to the level of the raw kaffir whose occupation is hunting, and whose sole ambition is to collect a certain number of cattle to buy a wife with, and then, pass his life in indolence and nakedness.” * Protesting the decision of Johannesburg municipal authorities to allow Africans to live alongside Indians, Gandhi wrote in 1904 that the council “must withdraw the Kaffirs from the Location. About this mixing of the Kaffirs with the Indians, I must confess I feel most strongly. I think it is very unfair to the Indian population and it is an undue tax on even the proverbial patience of my countrymen.” * In response to the White League’s agitation against Indian immigration and the proposed importation of Chinese labour, Gandhi wrote in 1903: “We believe also that the white race in South Africa should be the predominating race.” * Gandhi wrote in 1908 about his prison experience: “We were marched off to a prison intended for Kaffirs. There, our garments were stamped with the letter “N”, which meant that we were being classed with the Natives. We were all prepared for hardships, but not quite for this experience. We could understand not being classed with the whites, but to be placed on the same level with the Natives seemed too much to put up with.” * In 1939, Gandhi justified his counsel to the Indian community in South Africa against forming a non-European front: “I have no doubt about the soundness of my advice. However much one may sympathise with the Bantus, Indians cannot make common cause with them.”