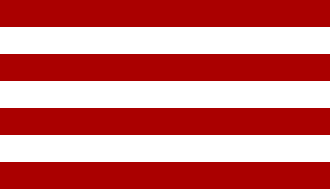 The followers of Sarna faith believe pray to nature. The holy grail of the faith is “Jal, Jungle, Zameen” and its followers pray to the trees and hills while believing in protecting the forest areas. The Jharkhand Assembly has unanimously passed a resolution seeking the inclusion of Sarna as a separate religion in Census, 2021. Chief Minister Hemant Soren said the resolution, passed during a special one-day Assembly session on Wednesday, will now be sent to the Centre for approval.The opposition parties gave a proposal demanding a discussion on the resolution, which Speaker Rabindra Nath Mahato accepted. BJP legislators proposed an amendment to the resolution seeking removal of the oblique from ‘tribal/Sarna’ word in it. CM Soren said that “his government is sensitive to people’s sentiments and accepted the amendment, after which all the parties supported the resolution”.

Sarna religion/Sarna Dharam (regarded by tribals as Sari Dharam, that means True Religion) is the religion of tribals of India. They have their own worship place called “SARNA ASTHAL/JAHER”. They have also a religious flag called “SARNA JHANDA”. Which can be seen more in Ranchi District.

In Ranchi the capital of Jharkhand, there are “SARNA ASTHAL”. In SARHUL festival every Oraon gather in Ranchi with a great Rally. In this time “SARNA JHANDA” can be seen every where in Ranchi. Some tribe followed Sarna Dharam, where Sarna means sacred grove. Their religion is based on the oral traditions passed from generation-to-generation. The religion is deeply ingrained in their culture and traditions, respecting the superiority of our natural world and its power. It strongly believes in one God, the Supreme Being, the Great Spirit, the Great One, the Creator, the Mighty Spirit, the one who rules over the entire universe, known as Dharmesh. They strongly believe in Lord Dharmesh’s appearance in Sal trees.Sarna People in Ranchi (Jharkhand) in their traditional attire

According to their philosophy, the lord Dharmesh is the most powerful and most important deity. He is responsible for the creation of our universe including our ancestors besides acting as our protector. In fact, the whole world (Universe) is regulated by a superpower that is Dharmesh in Kurukh which simply means the almighty, he is also called Mahaedeo. The great one Dharmesh’s purity demands that he be offered sacrifices only of things that are white. Hence he is given sacrifices of white goats, white fowls, white gulainchi flowers, white cloth, sugar, milk, etc. White is the sacred colour of Oraon tribe, in fact it is true for most adivasi.

Among the many important deities, the Chala-pacho Devi (Sarna Devi) is among the most important and most respected deity. The Gram Devi Chala-Pachho is a caring Old age lady with beautifully flowing white hair. It is believed that the Sal tree is the holy abode of the Sarna Devi, the mother goddess that protects and nurtures the Oraon tribe and others. On the occasion of Sarhul festival, the Pahan conducts special puja of the Devi. According to Sarna Dharam, the Devi lives in the wooden soop of Pahan kept at Chala-Kutti place, the auspicious place at Pahan’s home. At Kutti place, one stick made up of Saal wood or Bamboo Wood is fixed on the ground, on this respected wooden soop called Sarna-Soop, the Sarna-Devi resides.

Tribals perform rituals under the Sal trees at a place called ‘Sarna Sthal’, it is also known as ‘Jaher’ (sacred grove); it resembles a small forest patch. In Oraons’ villages, one can easily find the sacred religious place the ‘Sarna Sthal’ that has holy Sal trees and other trees planted at the site. Sometimes the Jaher are located inside the nearby forest area and not in the village.

This Sarna Sthal (Jaher) is a common religious place for the whole village and almost all the important socio-religious ceremonies of the village take place at this place only. These ceremonies are performed by the whole village community at a public gathering with the active participation of village priests known as ‘Pahan’. The chief assistant of village priest is called ‘Pujaar’ or ‘Panbhara’.

The tribals have their own way of conscience, faith and belief. Basically, they believe in the super natural spirit called the Singbonga. According to the belief of the Santhal community, the world is inhabited by spiritual beings of different kinds; and the Santhals consider themselves as living and doing everything in close association with these supernatural beings. They perform rituals under the Sal trees at a place called “Jaher” (sacred grove). Often the Jaher can be found in the forests. They believe in Bonga’s appearance in Sal trees and have named their religion “Sarna.”

The genesis of the Sarna religion is interesting. According to the mythology of the Santhal community, the Santhal tribals had gone to the forest for hunting and they started the discussion about their ‘Creator and Savior’ while they were resting under a tree. They questioned themselves that who is their God? Whether the Sun, the Wind or the Cloud? Finally, they came to a conclusion that they would leave an arrow in the sky and wherever the arrow would target that will be the God’s house. They left an arrow in the sky; it fell down under a Sal tree. They started worshiping the tree and named their religion as “Sarna” because it is derived from a Sal tree. Thus, Sarna religion came into existence. There are priests and an assistant priests called “Naikey” and “Kudam Naike” in every Santhal village.

All India Sarna Dhorom, at Jhoradi Odisha in the district of Mayurbhanj. It was from this union that as many procession, demonstration with their drums and equipment like TUMDH, TAMAK, GHURI, CHORCHURI, AAH, SAR, KHANDA, TARWALE etc. held in the various part of the country like Odisha, Jharkhand, West Bengal, Madhya Pradesh and in many other places, their aims and objective was to raise the audible voice in ears of State and Central Government so that they are being protected from extinct and their laws and religious are being valued by Government and people of India as other religious. It has its Law and order made by its cabinet committee and it is being followed by all Sarnaism . They too organize seminars, conferences to enhance their Laws and Order among all Sarnaism. There are many charitable trust to provide free medical treatment among the poor people, they too, run many schools and colleges in the mentioned state of India.