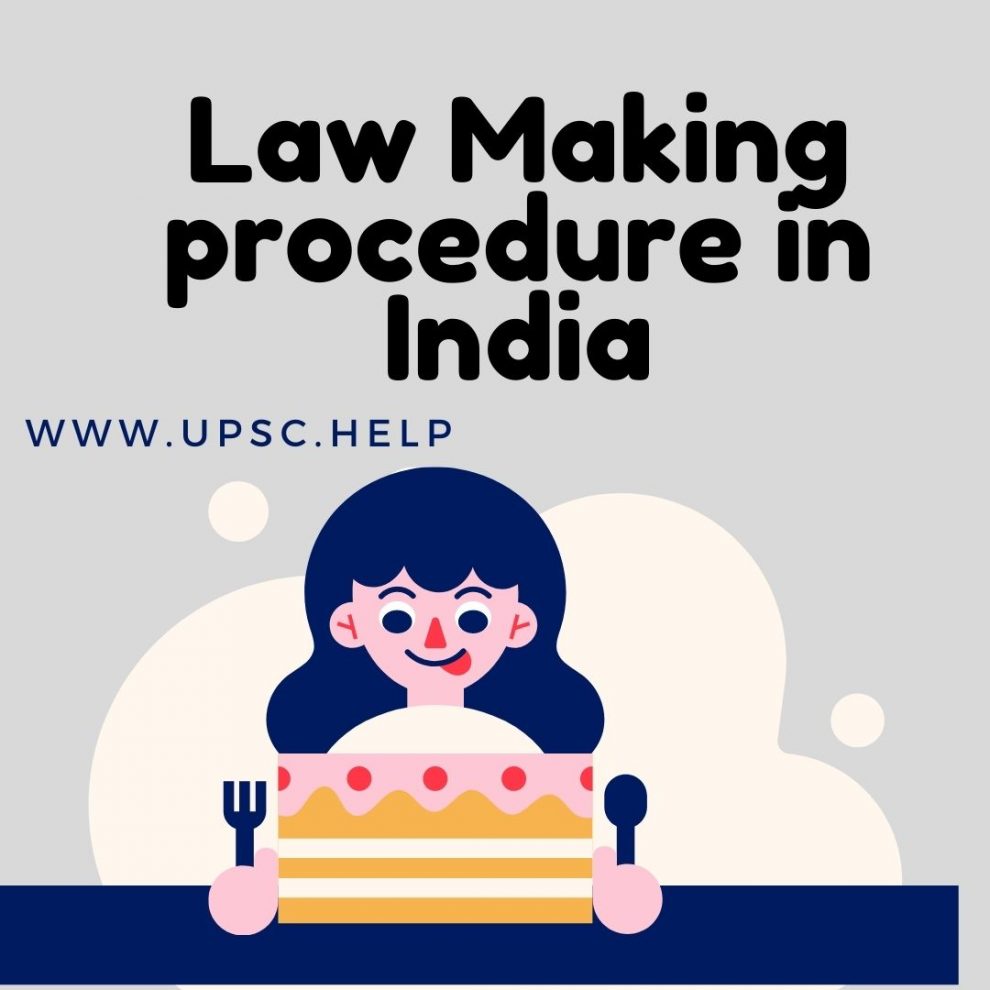 The laws of India are made by the union government for the whole country and by the state governments for their respective states as well as by local municipal councils and districts. The legislative procedure in India for the union government requires that proposed bills pass through the two legislative houses of the Parliament of India, i.e. the Lok Sabha and the Rajya Sabha. The legislative procedure for states with bicameral legislatures requires that proposed bills be passed, at least in the state’s Lower House or the Vidhan Sabha and not mandatory to be passed in the Upper House or the Vidhan Parishad. For states with unicameral legislatures, laws and bills need to be passed only in the state’s Vidhan Sabha, for they don’t have a Vidhan Parishad.

Proclamation of emergency per Article 352 (6) shall be ratified by the Parliament similar to its constituent power. When president’s rule is invoked in a state using Article 356 (c) and its proclamation contains such incidental and consequential provisions suspending in whole or in part the operation of any provisions of the Constitution relating to any body or authority in the state for giving effect to the objects of the proclamation, the proclamation needs to be approved by the Parliament under its constituent power (i.e. not by simple majority) after the 24th Amendment.

The Union List consists of 100 items (previously 97 items) on which the Parliament has exclusive power to legislate.

The State List consists of 61 items (previously 66 items) where a state legislative assembly can make laws applicable in that state. But in certain circumstances, the Parliament can also legislate temporarily on subjects mentioned in the State List, when the Rajya Sabha has passed a resolution with two-thirds majority that it is expedient to legislate in the national interest per Articles 249 to 252 of the Constitution.

The Concurrent List consists of 52 (earlier 47) items where both Parliament and a state legislative assembly can make laws in their domains subject to Articles 254 of the Constitution.

The powers of a ruling party or co-alliance of the union is depending on the extent of the mandate it receives from the elections at central and state levels. These are: