Home » PROTECTION OF LIVELIHOOD AND REGULATION OF STREET VENDING ACT, 2014 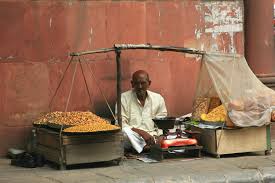 THE STREET VENDORS (PROTECTION OF LIVELIHOOD AND REGULATION OF STREET VENDING) ACT, 2014
FacebookTwitterWhatsAppPinterestLinkedInEmail

Street Vendors (Protection of Livelihood and Regulation of Street Vending) Act, 2014 is an Act of the Parliament of India enacted to regulate street vendors in public areas and protect their rights. It was introduced in the Lok Sabha (Lower House of the Parliament of India) on 6 September 2012 by then Union Minister of Housing and Urban Poverty Alleviation, Kumari Selja. The Bill was passed in the Lok Sabha on 6 September 2013 and by the Rajya Sabha (upper house) on 19 February 2014. The bill received the assent of the President of India on 4 March 2014. The Act came into force from 1 May 2014. Recently hawkers near Mumbai’s Haji Ali Dargah had field complaint in the Supreme Court about their eviction by corporation authorities.

What is the significance of street vendors? :- Street vendors are often those who are unable to get regular jobs in formal sector on account of their low level of education and skills. The government recognised street vending as a source of self-employment for the poor in cities and towns with their meagre financial resources.

What are the acts which protect the street vendors? :- The hawkers are protected under the Street Vendors (Protection of Livelihood and Regulation of Street Vending) Act, 2014. The Act was passed on the basis of the legislative recognition that street vendors constitute “an integral part of our urban economy”. It also empowers them to provide “affordable” as well as “convenient” services to a majority of the urban population. The law mandates that hawkers can be removed only as a last resort or unless there is a clear and urgent need, that too to rehabilitate them.

How this law empowers the street vendors ?:- Committee -The law provides for the constitution of a town vending committee in each local authority to ensure implementation of the provisions of the Act. Representation – It has representatives among officials, non-officials, and street vendors, including women vendors. It also has a due representation from Scheduled Castes, Scheduled Tribes, Other Backward Classes, minorities, and persons with disabilities.

Street vendors in India 2014 act to till date

According to the Ministry of Housing and Urban Poverty Alleviation, there are 10 million street vendors in India, with Mumbai accounting for 250,000, Delhi has 450,000, Kolkata, more than 150,000, and Ahmedabad, 100,000. Most of them are immigrants or laid-off workers, work for an average 10–12 hours a day, and remain impoverished. In India, street vending makes up 14% of total (non-agricultural) urban informal employment. Though the prevalent license-permit raj in Indian bureaucracy ended for most retailing in the 1990s, it continues in this trade. Inappropriate license ceiling in most cities, like Mumbai which has a ceiling 14,000 licenses, means more vendors hawk their goods illegally, which also makes them prone to the bribery and extortion culture under local police and municipal authorities, besides harassment, heavy fines and sudden evictions.

In Kolkata, the profession was a cognisable and non-bailable offense. Over the years the street vendors have organized themselves into trade unions and associations, and numerous NGO’s have started working for them. The National Hawker Federation (NHF), based all over India, is a federation of 1400 street vendor organizations, trade unions in 28 states.