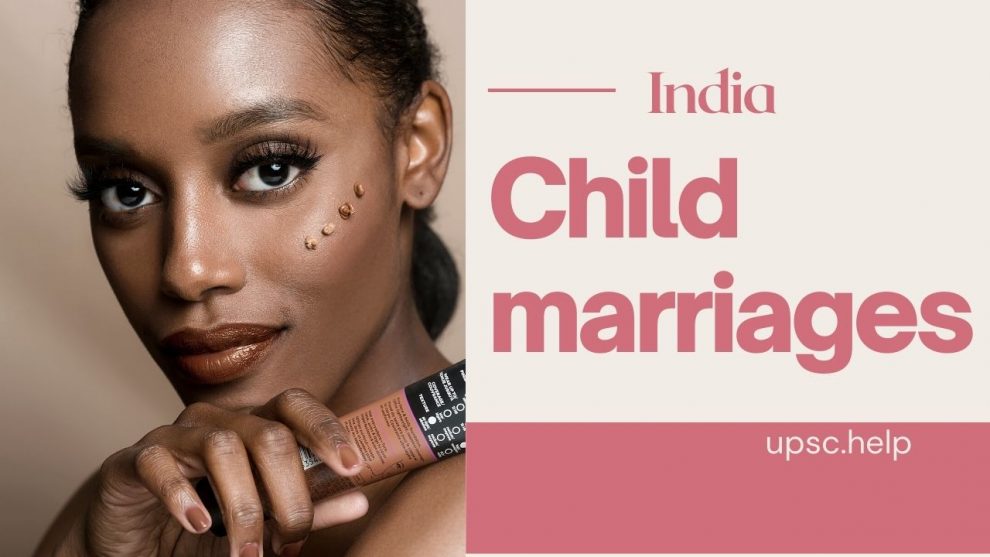 The practise of early marriage of children is not confined to India but it is a global problem. The practice of child marriage in India may be dated back to the ancient period however, during the Muslim rule in India, the practice of child marriage was found more prevalent in northern states. It is the advent of different forms of culture which came in from the northern borders which may have influenced by various communities to resort to early marriages.

The practise of child marriage in northern India is closely associated with pious occasions such as Akha Teej, Ganesh Chaturthi etc. The main reason for early marriage is associated with cultural traditions and customs, economic hardship, poverty, educational backwardness and social pressure from within the community to marry daughters before attaining puberty. However, there are multiple reasons that sustain the practice of child marriage in India.

Thus, there is need to strengthen the machinery of law enforcement in India. Against this view point, the present study purports to analyze the current situation, causes, and consequences of child marriage and also enforcement of Child Marriage Prohibition Act. The study has been conducted 10 states viz., Uttar Pradesh, Rajasthan, Bihar, Maharashtra, Madhya Pradesh, Chhattisgarh, Jharkhand, West Bengal, Gujarat and Orissa, covering survey of about 10,000 persons including parents (2778 i.e. 61.73 per cent for boys and 1722 i.e. 38.27 per cent for girls), victims of child marriage (1596 i.e. 35.47 per cent boys and 2904 i.e. 64.53 per cent girls), officials and non-officials.

Main Findings of the Study

further reading can be found in the following pdf.


Objectives of the Study

Main objectives of the study are as follows