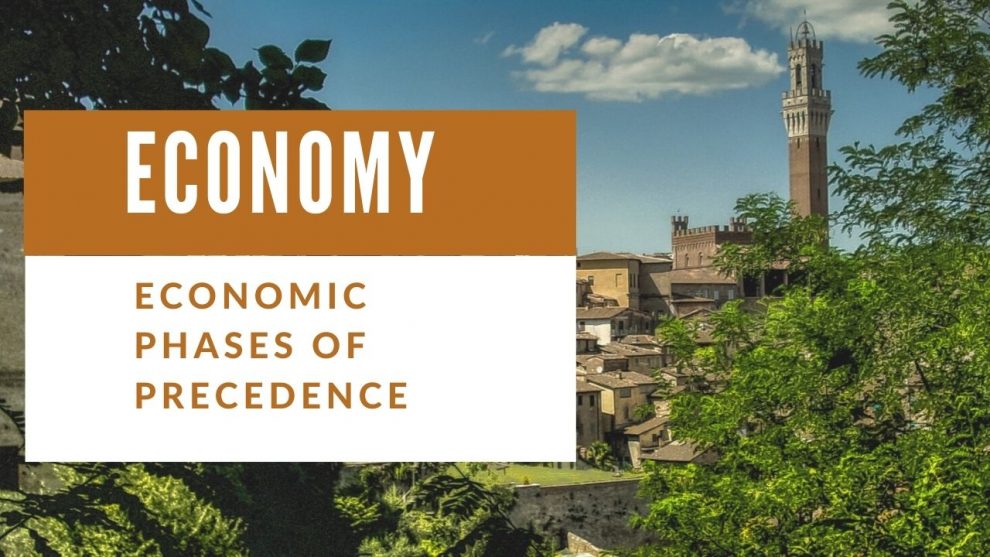 The economy may be considered as having developed through the following phases or degrees of precedence.