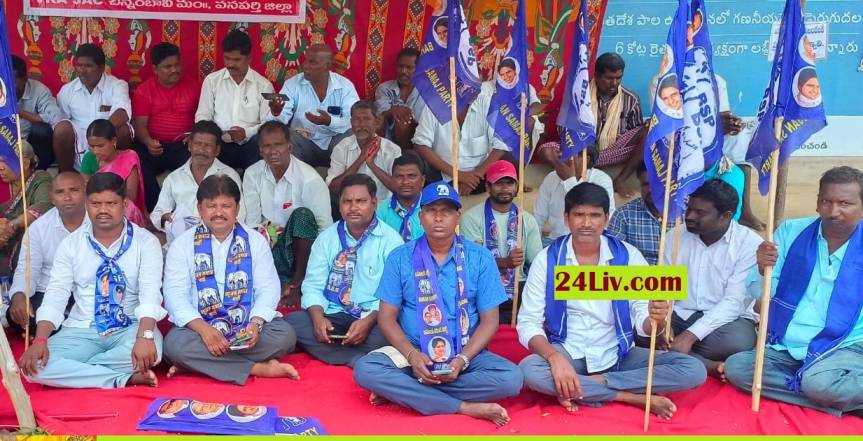 The Bahujan Samaj Party has announced its full support to the VRAs who are on an indefinite strike in the centre of Chinnambavi Mandal of Kolhapur Constituency. Addressing this strike, BSP Assembly President Muni Swamy said that the words of State Chief Minister Kalvakuntla Chandrasekhara Rao in the full assembly should be upheld by the VRAs who are the backbone of the villages.

He said that the government should give up its careless attitude towards the VRAs for generations and asked them to immediately release the pay scale JV. They demanded that all VRA heirs above 55 years should be given jobs and retirement benefits. Otherwise, he warned that large-scale protest programs would be taken up from village to village under the leadership of the Bahujan Samaj Party.
Bahujan Samaj Party has assured the VRAs that they will always stand by them.

Devani Raju, in charge of the Chinnambai Mandal, said that if the promises given to the VRAs are not fulfilled, they will take up protest programs under the auspices of the party and participate in the ups and downs of the VRAs. The latter are on strike in Chinnambavi Mandal every day.
Chinnambai Mandal convener B. Ramesh, Bekkem village president DN Krishna, Kurumaiah, Balakrishna, Ramakrishna Balu, Sai Kumar, Prakash, Ravi and others participated in this program.