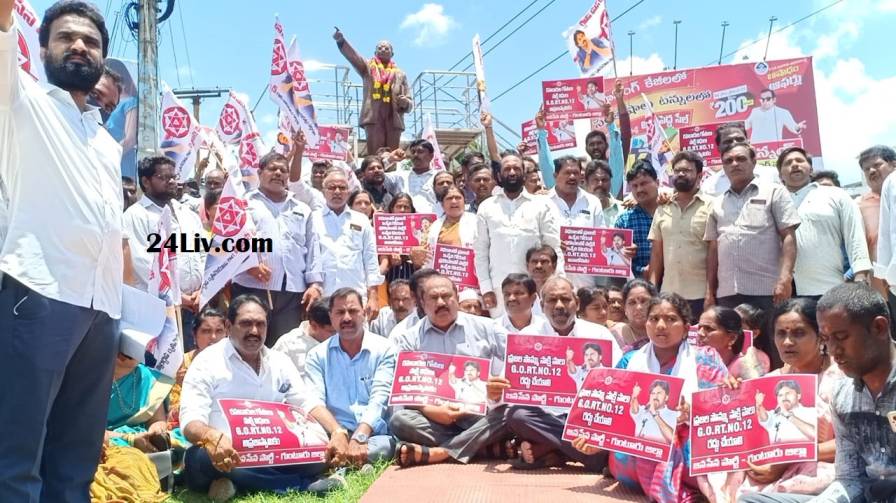 Gade Venkateswara Rao said that he had released Jivo number 12 only after looting more than 5 crores per month from YCP workers of people’s money. He said that the Chief Minister who does not care about the condition of the roads in the state will only have funds to distribute to his party workers. State General Secretary Shri Bonboyna Srinivas Yadav said: He said that in this state, the news is published in the headlines of the Sakshi paper during the first half of the year and the paper was made available to the public for free for some time and the circulation was increased and then they started looting.

◆ Four lakh volunteers are also involved in this.

◆Volunteers are all saying what is this misfortune for us, we have only come to serve the people but this government is not for their witness paper, they are expressing their concern.

◆Volunteers say they asked for 250/- paper but they say they will give it for 200 rupees.

◆ Warned the government that we will protest till the cancellation of this Jivo number 12.